The celebration is a time when STC members can socialize, network, and acknowledge each other’s activity within the chapter.  Awards are given to those active members for their contributions for that year. 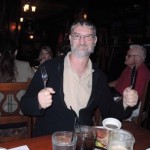 One of the more prestigious awards is based on active member points.  When a member accrues enough points within a chapter year, they are rewarded with an STC active member shirt.  Members are always excited to find out what the color of the shirt will be each year, and it isn’t until the night of the celebration that the color is revealed. 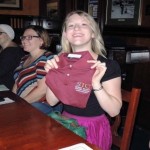 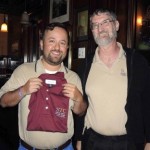 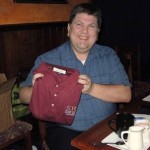 Appreciation towards members who have served the society and local chapter does not go unnoticed. Other special awards were presented, including Mike Murray’s society-level Fellowship certificate, webmaster Jon Kessler’s service award, and various President’s Awards in the form of colorful crystals. 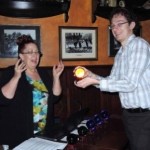 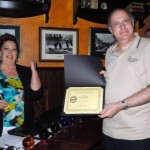 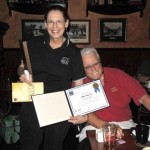