Greetings, and welcome to April’s edition of Memo to Members.

I hope everyone enjoyed all the April Fools hijinx at home or in the office. This year’s prankster day taught me full well what happens when you put a bunch of mischievous technical writers in the same room!

Now, however, our conversation must take a less jovial turn. This year marked the 30th anniversary of the Space Shuttle Challenger Disaster, in which a crew of seven perished. This topic hits close to home to Floridians. It also has ethical implications that we as technical communicators could certainly reflect upon.

Please join us and guest speaker Paul Dombrowski, Ph.D., at the IHOP on University Boulevard (or virtually). On-premise space is limited. Ethical Aspects of the Challenger Disaster commences this Thursday evening, April 21st.

For more information about the event and to RSVP, please click here.

Something I picked up from the meeting concerned resumes.  I was always told to keep my resume down to one page, but now it seems that having a multiple page resume is acceptable.  Also, using keywords from a job description in your resume is important.  If you are worried about finding a way to use keywords in your resume, you can do what our chapter president Debra Johnson does and put all of the keywords in their own little section.  Just a clump of words out of context can do the trick.  When the resume is scanned, the electronic filter will pick up the keywords that the employer is searching for in a potential employee’s resume.  It’s sneaky, but it can be the difference between getting that interview and continuing your job search—which can be a job in and of itself.

Be sure to keep an eye out for job postings from Loretta Lott, who manages the chapter’s Employment Committee. 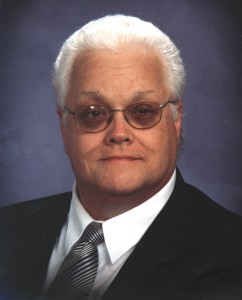 (Author’s Note: In this series of articles, we are exploring the concept of “Excellence.” In this issue, we address the question, “What is it?”)

So, what is this thing called “Excellence?” As it turns out, this is a difficult term to define because it can mean different things to different people. In 1964, Judge Potter Stewart rendered a landmark decision that balanced the First Amendment with basic decency. He tried to explain “hard-core” pornography, or what is obscene, by saying, “I shall not today attempt further to define the kinds of material I understand to be embraced…[b]ut I know it when I see it…“ The same can be said of excellence.

Generally, when we seek to define excellence, we think in terms of both personal and organizational excellence.

One of the best definitions of personal excellence I’ve ever heard is:

“Producing your best in any given situation, within or without a conducive environment to do so. Strive to be better than last time, every time.”
— Mrityunjay, software engineer and manager in an IT company

Personal excellence can be achieved internally when you take personal satisfaction for having accomplished something well. It can be perceived externally when you receive praise for something someone else thinks you have done well. In any case, excellence is a powerful motivator that brings out the best in you.

Debbi Field does not share the attitude of the majority, for she feels that “good enough” never is. Her philosophy is simple. It can be expressed in four words: “do a little more.” She believes that no matter how common the task, it should be done uncommonly well. She doesn’t believe in mediocrity; she chooses to follow the path of excellence. In Mrs. Field’s case, the small company she founded in 1977 grew into a one-half billion dollar business called Mrs. Field’s Cookies.

We can all benefit from aspiring to excellence. Excellence is not a final destination we reach, but is an unending process of continuous improvement. What better way to live than by growing better each day? Those who pursue personal excellence aren’t in direct competition with others, for they measure themselves against their own accomplishments.

Organizational excellence is about being perfect together. When organizations work well, they allow ordinary people to do extraordinary things. That’s because they can be powerful vehicles for combining our strengths in a way that makes the whole far greater than the sum of its parts. As individuals, each of us brings both strengths and weaknesses to the group effort. The special power of highly effective organizations is that they render our weaknesses insignificant by combining only our strengths and creating collective excellence. As long as there is a diversity of strengths, each of us can do what we do best and not have to devote either time or worry to the things we don’t do well.

Today’s best-run organizations, such as Google, Wikipedia, Linux, Zappos, and Whole Foods—not to mention the Orlando Central Florida Chapter of the Society for Technical Communication! J—understand and act upon this wisdom. That’s why, in building our organizations, we don’t leverage individual intelligence by building top-down hierarchies. Instead, we build a solid foundation of effective leadership before we attempt to do anything else. Using the analogy of a house, you would logically build a strong foundation before adding the walls and roof. The STC Orlando-Central Florida Chapter adheres to this philosophy. Once strong leadership is in place (foundation), we then focus on things like newsletters, web sites, social media, marketing, and—first and foremost—delivering quality monthly meetings (walls). Finally, we add the roof by developing special programs, such as the mentoring program and Jaffe Awards and entering the Society’s Chapter Achievement Award competition. A strong house requires strong builders. Organizational excellence happens when ordinary people do extraordinary things by striving to be perfect together.

Building a strong organization takes time and effort. To borrow a saying from the ten-step programs, until you reach your desired level of excellence, “Fake it ’til you make it!” As chapter president, I began each meeting with: “Welcome to the Orlando Chapter! You’re in the right place. We are the fastest growing, most dynamic chapter in all of STC.” At the time that wasn’t true, of course, but it became a self-fulfilling prophesy. After all, who can argue with the nine-time winner of the Community of Distinction Award?

“Excellence is never an accident; it is the result of high intention, sincere effort, intelligent direction, skillful execution, and the vision to see obstacles as opportunities.”
–Anonymous

NEXT TIME: Why is it important?