What’ll Ya Have?
Get Ready for Action … We’re Bringing “The Varsity” for Washlines XIX!

Set to the theme of the famous multi-level Atlanta drive-in “The Varsity,” Washlines XIX promises to be every bit as entertaining and informative as the 18 preceding editions of this venerable chapter tradition, now well into its third decade.

The curtain (well, screen) goes up at 6:30 p.m. Thursday, August 22, at INSERT LOCATION.  We’re not promising miniskirt-clad Varsity servers on roller skates, but who knows, anything can happen at Washlines … and usually does!

Per holy writ from the tribal elders, the August Washlines meeting is an opportunity for chapter members fortunate enough to have attended the international STC conference in the spring to share what they learned there with fellow chapter members and visitors.
Have it Your Way at Washlines XIX!

Set in progression format (three rotations with six venues, five of which are open for each rotation), Washlines is a cross between a mini-conference and a street festival.

Mini-conference because six chapter members, including special guest and dynamic speaker Jack Molisari all the way from Jacksonville, will offer summaries of about 15 presentations from the conference, covering a wide range of topics within technical communication. There will be something for everyone.

Jack will actually be offering highlights of the two presentations he did in Atlanta, so at his venue, you’ll be getting a slice of the conference “live.”

Street festival because the venues are identified with colored balloons, each venue has an Atlanta-based theme, the hosts dress to match the theme, and they also compete like snake-oil salespersons for audience by hawking the titillating topics, thought-triggering themes, traditional tawdry trinkets, and tantalizingly tasty tidbits they are tendering at their tables.*

Washlines because, as always, colorful signs broadcasting the topics at the venues will be hung from a clothesline strung across the room.

Watch for details, including all the topics, the venue themes, and the rotations, in the upcoming second August Memo to Members—the “Washlines Special”—which should hit a cyber-newsstand near you on or about August 19. *Please note new all-time Southeast Regional STC record for alliterations, at 17. 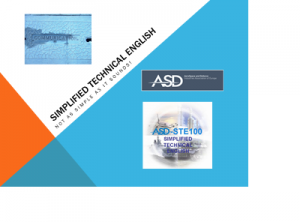 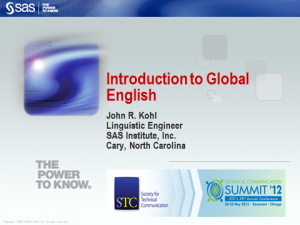 Learn how to write and edit for translation and for non-native-English speaking audiences. These are just two of the many topics that will be served up at “The Varsity” during Washlines XIX August 22.