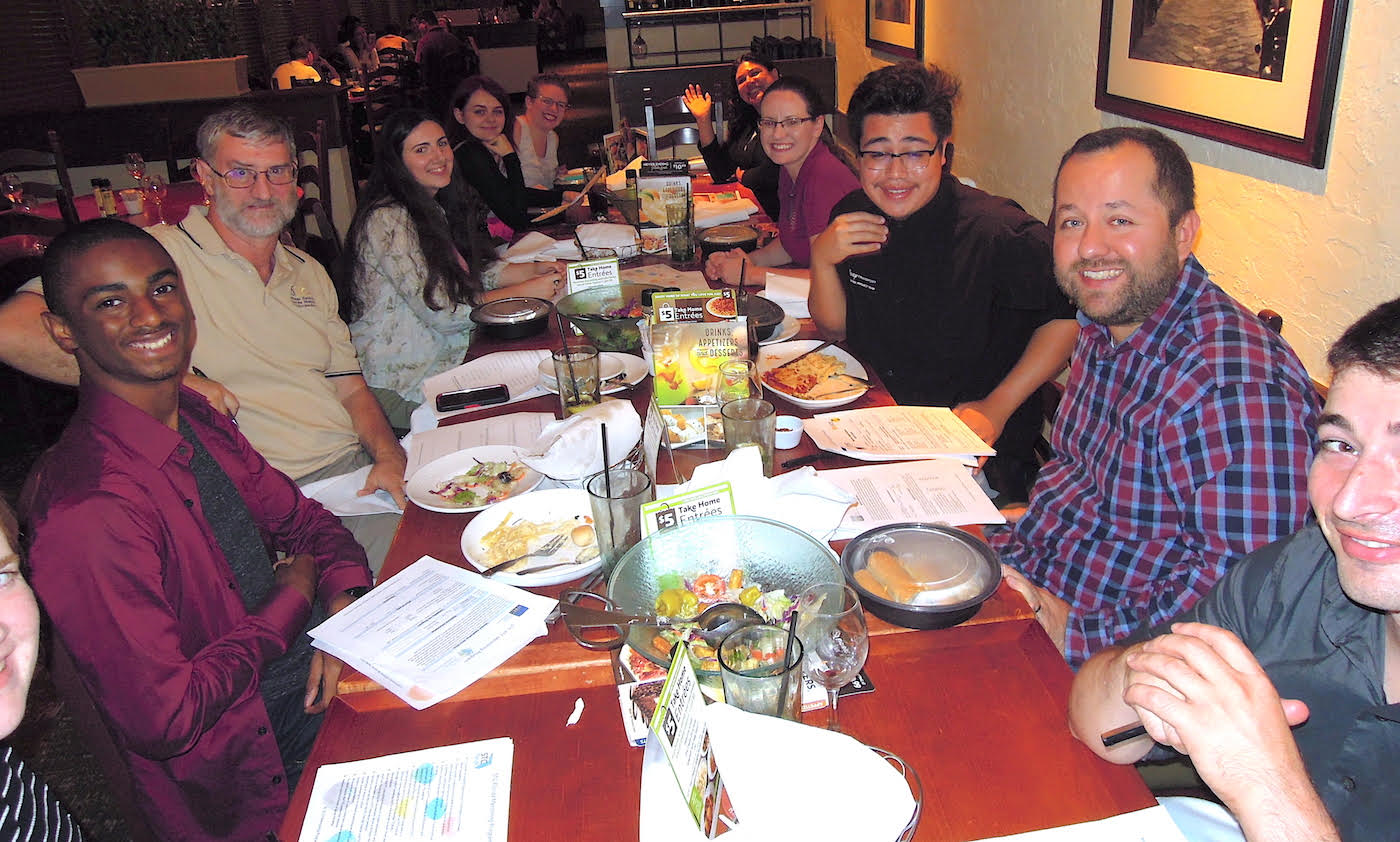 WE HAVE LIFT-OFF! Mentors and mentees in the 2019-2020 FTC/STC student mentoring program met at Olive Garden to kick off the program’s 17th year by setting objectives for their mentoring partnerships. –Photo by W.C. Wiese

The Future Technical Communicators (FTC) Club at the University of Central Florida (UCF) and the Florida Chapter of the Society for Technical Communication (STC) are happy to announce a successful launch of their student mentoring program for the 2019-2020 academic year. This year, seven current UCF students and one UCF graduate signed up to be mentored by seven professionals in the STC Florida Chapter.

The kickoff was held on Wednesday, November 6, at the Olive Garden restaurant by UCF.

This year’s eight mentees mark an uptick in participation from last year’s four mentor/mentee pairings. From the 2003-2004 academic year to the 2019-2020 academic year, there have been a total of 154 pairings. A complete history of the highly successful 17-year program as well as the FTC presidency and faculty advisorship, is available on the mentoring page of the STC Florida Chapter website.

Of particular note is the fact that Dr. J.D. Applen has served as faculty advisor for FTC for the entire 17 years and has made the student mentoring program the organization’s top priority.

To ensure a smooth start for the kick-off meeting, mentoring program coordinator and Education Committee manager Misty Arner, herself a former mentee and now a mentor, arrived at the restaurant early to arrange the seating so the pairs would be seated next to each other. As the mentors and mentees arrived, they found their seats by locating a copy of their mentorship application on the table. Once the pairings were announced, mentors and mentees were able to turn to their partners and work on the mentorship agreement form to establish their objectives for their partnership.

“It went so smoothly,” Arner said. “They were all surprised to find themselves seated next to who they were paired with.”

The Saturday before the kick-off, Arner, her predecessor Dan Voss, and FTC President Amy Truong spent five hours at an IHOP restaurant combing through the mentor/mentee summary forms and mentorship program applications to make the best pairings. At the end of the five hours, there were five successful and three tentative pairings pending confirmation of mentor and mentee schedule availability. In the end, everything worked out great, and every student was paired with a mentor whose areas of subject matter expertise matched their interests in technical communication.

FTC Vice President John Clement, who was paired with David Coverston, had this to say about the kickoff:

“The kickoff meeting was a great start to my mentorship experience. I got to meet my mentor David over dinner, and we shared our hopes for the program. Already, I can tell there is a lot I can learn from him. I’m particularly interested in developing my software documentation skills and working with him to build a strong writing portfolio. In the future, I’m sure there is even more we can work on together, which will help me become a better technical writer.”

One pair who were absent at the kick-off was Voss and Michaela Berg, who met via telephone and a Discord video connection where the mentee coached the mentor. The two will complete most of their mentoring sessions virtually and meet when they can. Berg, an online UCF student who lives in Jacksonville, first expressed interest in FTC in October through email. VP Clement sent Berg the minutes from our first general body meeting and welcomed her to the club.

This year’s mentor/mentee partnerships included a dual pairing with James Yunik and Jennifer “Skye” Smith sharing one veteran mentor. W.C. Wiese has graciously volunteered to take on the two mentees this year, meeting face-to-face to work on common interests and via email to pursue the individual mentees’ objectives.

Of the kick-off meeting, Smith said, “It was great to see all of the members meet with their mentors and speak about their technical writing passions over an Italian dinner.”

Arner reports that mentee Kurt Ramos, who is paired with Alex Garcia, kept the table laughing all night long with his jokes.

“Everyone had a great time,” Arner said. “We were all laughing and getting to know each other. It was such a successful meeting.”

We here at FTC and STC wish the eight new mentor/mentee pairs all the best and a successful program year.

HITTING IT OFF! Nothing makes a mentoring program coordinator happier than to see a new mentoring partnership get off to a rousing start. Mentee Kurt Ramos (left) and veteran mentor Alex Garcia kept things lively over a sumptuous Italian dinner. –Photo by W.C. Wiese 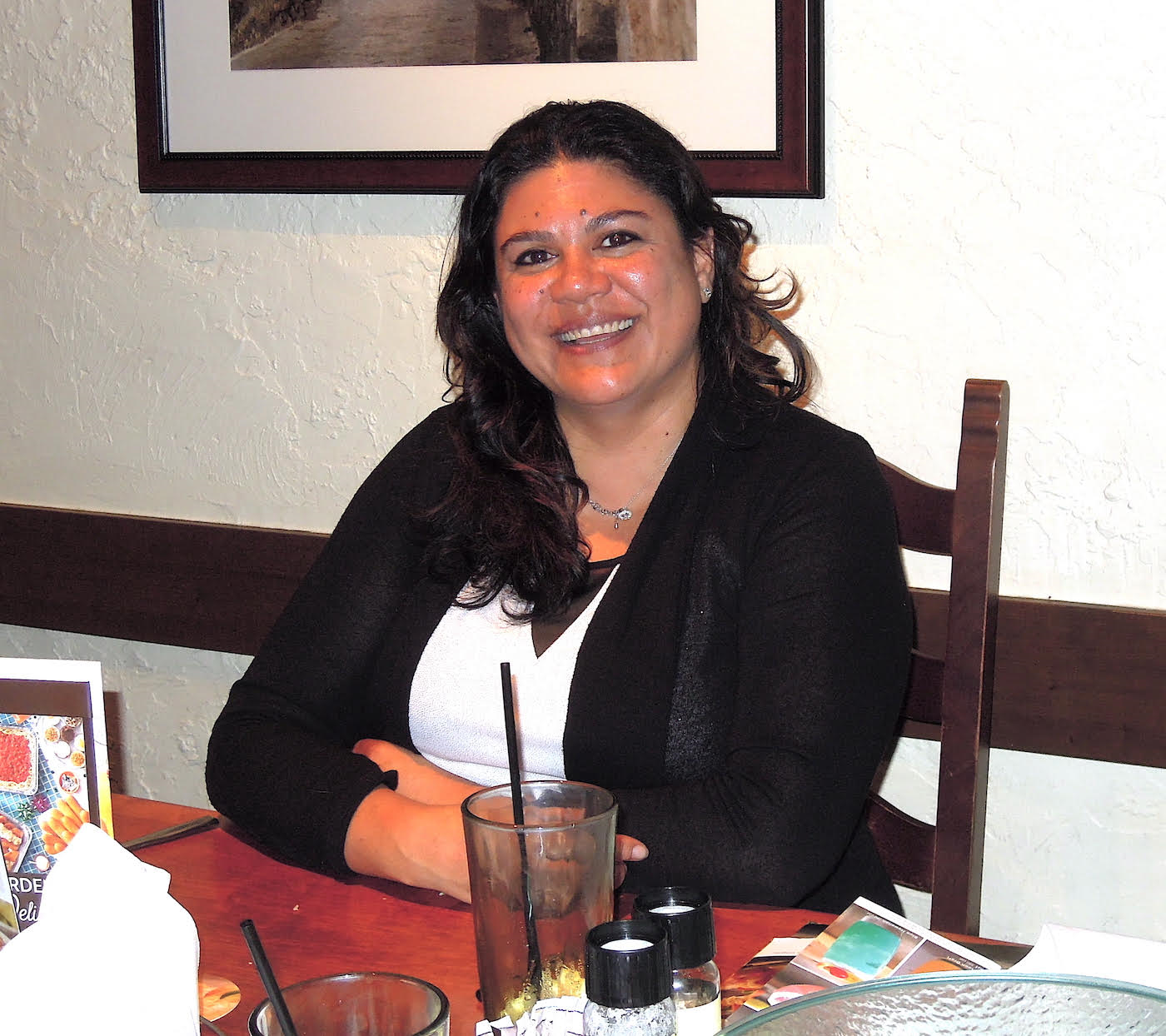 FINALLY! With eight mentor/mentee partnerships established after a very busy three months, mentoring program coordinator Misty Arner gets to relax and celebrate at the kick-off meeting for what promises to be one of the long-standing program’s most successful years. –Photo by W.C. Wiese