Passing the Torch … and Some Chapter History 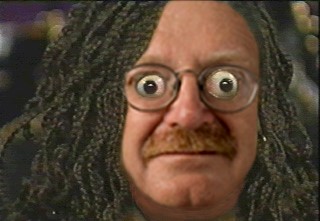 “When you think of leadership, you are actually thinking about influence. At its core, leadership is really about the influences on the people around you and the ability to move them in certain directions to obtain established goals or objectives.”
–Mike Murray, STC Fellow and three-time Orlando Chapter president

A couple months ago, OCF Chapter President Alex Garcia asked me, as Education

Committee manager, to explore the possibility of establishing a Leadership Development Program (LDP) as an extension of our successful student mentoring program with UCF.

The idea is to pair veteran chapter leaders with our young “Rising Stars”—graduates, indeed, of that student mentoring program—to impart whatever wisdom we can as we approach or advance into retirement. Basically, we aim to capture some of the Brontosauruses’ (Brontosauri’s?) DNA to pass on to the young velociraptors before the legendary giants lumber off to sink forever into the tar pits.

It was an excellent idea, so as a Brontosaurus myself with one foot (well, paw, or whatever you call Brontosauri appendages) already in the tar pits, I agreed to take on the project. As I set about to establish the guidelines for the LDP, I realized the program would never be complete without STC Fellow Mike Murray, one of our most distinguished chapter leaders.

To refresh your memory (or to fill you in, in case you’re so young you don’t remember this—which, I must admit, I find rather depressing J), in 2002 Mike became vice president of an organization reeling from the combined impact of hosting the “Y2K” STC conference (now called the Summit) in Orlando, followed by an unfortunate year where both the chapter president and the vice president were overcome by events in their professional and personal lives and basically—well, shall we say, “abdicated.”

The chapter stumbled through that year. At the time, the Education Committee was practically the only functioning entity within the chapter, and Mike was a key member on it.

After the June year-end meeting at the Winter Park Golf Club club-house, Mike, W.C. Wiese, and I gathered for our own little “summit conference” on the porch of the clubhouse. We talked well into the night about how to reverse the chapter’s decline and revitalize it.

This was our “Yalta Conference.” Somewhere around 11 p.m., we struck a deal. W.C. (Stalin) would take on the presidency of the faltering organization if I, as Education Committee manager (Churchill), would “give” him Mike (Roosevelt) to be vice president. At first I demurred, because Mike was a mainstay on the committee. Ultimately, however, I realized that if there was no chapter, there would obviously be no Education Committee.

So I caved. And it worked.

With W.C. at the helm, making “dead-on” strategic decisions on how to allocate our then-limited resources, and Mike, as VP, lining up and promoting a series of slam-dunk, content-rich chapter meetings, we turned the corner.

That was in 2003. The next year, Mike became chapter president. The rest is history.

In his three-year “Reign of Terror,” Mike led a revitalized Orlando Chapter to three consecutive Community of Distinction Awards from the Society, working from a baseline of no awards at all—an accomplishment that has never been replicated by any other community.

I mean, talk about leadership! Mike personifies it.

I will never forget the first chapter meeting Mike presided over at the Winter Park Civic Center (our “old haunts”).

He took the podium, engaged the audience, and declared emphatically in his sonorous announcer’s voice—for decades the “Voice” of Dr. Phillips High School sporting events (that’s why his email address is davoice@fastmail.com, by the way … chat with him; he’ll answer)—and calmly announced, “Welcome to the Orlando Chapter of STC, the fastest-growing and most dynamic chapter in the Society.”

In truth, at the time, that was hardly the case. Basically, Mike was “managing to expectations,” and, by golly, as an organization, we stepped up and met them.

Three years later, that statement was the literal truth. We had earned the then-competitive Community of Distinction Award in our size category all three years. We went on to claim an unprecedented nine Community of Distinction Awards, two Community-of-the-Year Awards, and two Pacesetter Awards—an achievement that will probably never be matched …not that I am competitive, of course. Perish the thought.

From those three amazing years come all the leadership strategies Mike will now contribute to the Leadership Development Program. Is there any doubt this program will inspire our young leaders to reach new heights of achievement?

Not in my mind, there isn’t.

Postscript: If you are wondering why this article does not provide any details on the upcoming LDP, that was deliberate. It’s a work in progress, and Mike is an integral part of that progress. But know this—the LDP to be unveiled at the chapter’s July Leadership Retreat will be another “Pacesetting” achievement for our community as we evolve into a true Pan-Florida chapter. We have some of the finest young talent in the Society in the process of assuming the chapter’s leadership.

As Mike observes, “When you are committed to excellence, failure is not an option.” Failure has never been an option for our community. And given the talent and commitment of our “Rising Stars,” coupled with the wisdom of those who’ve blazed a trail for them, it never will be.