Be there for a piece of history as the chapter’s venerable tradition of chapter-year-opening August meetings—Washlines—hits its 20th milestone on this Thursday, August 21, as we return to our former “digs” at the Winter Park Civic Center on Morse Boulevard off 17-92. Post time is 6:30 p.m.

This year’s Washlines is brought to you by a somewhat different cast than the previous 19 versions of our annual festive progression, which has traditionally consisted of table-top mini-presentations at a half dozen venues, brought to you by chapter members who attended the previous spring’s Summit (STC’s annual international conference), themed to the city where the latest Summit took place.

Well, this time, readying good ol’ Washlines for its Emerald Anniversary edition proved to be a bit of a challenge. That’s because in a dramatic reversal of the large contingents of general and student members the chapter has typically deployed to the international conference, this year, for various reasons, we only had two members in attendance at the 61st STC international conference in Phoenix, Arizona—our chapter president, Debra Johnson, and our Jacksonville STC luminary, Jack Molisani.

Fortunately, they’ll both agreed to serve as venue hosts again this year, with Jack again graciously making the long trek down from J-Ville to bring us highlights from two of his conference presentations—he’s a veteran dynamic conference presenter—and Debra taking time from her presidential chapter duties to put together and bring you mini-presentations from a number of the sessions she attended in Phoenix. 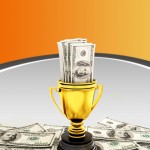 So what about the other four venues?  What about the conference theme?  What about the venue colors, the balloons, the traditional give-aways (edible and otherwise), the banter, the noise level, the across-the-room water pistol duels?  What about the charts on the wash line? Alas, what were we to do—end a 20-year tradition just as we are nearing the Guinness Book of World Records (22 years for annual carnival-like professional progressions, set in Pocatello, Idaho, 1958-1979) when we are so close?

So the AdCo (Administrative Council) put our collective heads together and came up with a solution we think you’ll like.

We invited W.C. Wiese and Karen Lane to do a “blast from the past,” reprising mini-presentations from past tours of duty as Washlines venue hosts on topics that remain relevant today.  Both are veteran Summit presenters and attendees who have also served in high positions for Intergalactic (our chapter’s fond nickname for STC International)—W.C. as Society treasurer and Karen as a past program manager and several-time stem manager for the international conference.  Their tables will be themed to their topics and the cities that hosted the Summits they are reporting on.

True to the iconoclastic nature of its co-hosts, the sixth and final venue will depart altogether from the Washlines tradition.  The co-hosts, the Education Committee co-managers (a.k.a., Yours Truly and Lisa Bottomley), neither of whom attended the conference in Phoenix, will be regaling you with a live demo of the chapter’s proposed educational outreach initiative at Ocoee High School, aptly entitled “Knights Write” after the mascot of both Ocoee H.S. and UCF. 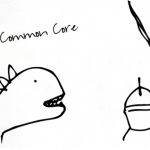 We will be asking, bribing, arm-twisting begging—whatever it takes to get one hours of your valuable time!—for your support on an exciting project that aims to leverage concepts and instructional materials from the technical communication professional to help the Ocoee H.S. faculty improve their students’ scores on the just-introduced rigorous national “Common Core” anchor standards for writing.

If we can sign up some volunteers at Washlines XX, we’ll be ready to engage the Academic SIG and the Willamette Valley chapter—our partners in the Sigma Tau Delta outreach initiative that netted our three communities a joint 2014 STC Pacesetter Award in Phoenix (see, we DO have a Phoenix connection at our table!)—in the project and hopefully bring home another Pacesetter in 2015 by making a benchmark contribution to the high school writing curriculum that could ultimately have national impact.

At the end of the day, we believe we have put together an excellent program, worthy of the 20th anniversary of our venerable Washlines tradition. The event program is provided below.

Let’s start our chapter year out with a bang at Washlines’ Emerald event!  See you in Winter Park Thursday evening!